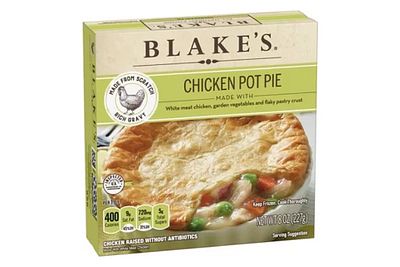 
True comfort. Easy as pie. For us, nothing is more comforting than a Chicken Pot Pie enjoyed with friends and family. Our pies are made from scratch in small batches by wonderful happy people (not machines) and feature white meat chicken, garden vegetables, potatoes, our signature gravy, and a flaky pie crust. We hope you enjoy the care that goes into every meal. Home cooking has never been easier!